My routine is changing big time on Monday and there will be no more day time swims Monday – Thursday, so I’m packing in as many outdoor ones as I can right now. My kit’s changed as you can see the Red Reindeer Hat has been joined by a thermos, woolly hat and extra layer for afterwards.

There’s been a trip to the Ladies Pond on Hampstead Heath – the forecast seemed good enough to challenge another mum to a dip. I texted her  ‘wear a hat’, so she brought a woolly one – if you’re not diving in it really doesn’t matter as long as it keeps you warm. We met at 8.50am. It was not warm. It was not sunny. Undaunted we marched the couple of miles to the leafy mecca that is the Ladies Pond. I saw 59’/15′ etched up on the blackboard, telling us the water temperature. No chance to chicken out. But oh what bliss, oh what a wonderful thing to do because as we swam semi gracefully around the pond the sun came out, warm enough to really feel it on our shoulders. Well worth every penny of the £2 entry – and yes we did dash off for hot chocolate and toast.

I’ve swum at the Parliament Hill Lido three times this week. Yesterday swimmers were joined by a large film crew which was slightly disconcerting as they lugged their equipment and hung around waiting for us to leave the pool. It was pouring with rain, but not cold, so 15′ in the water, 12′ out. Lying on my back in the shallow end I looked up at the grey sky with the rain falling on my face. Such a soft and magical sensation. Reward was some rather good granola from The Spoke on the Holloway Road. Hurray for the sun and blue above today and the chance for a longer business-like swim. 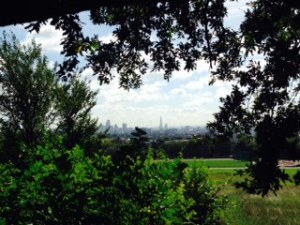 I know it’s fully possible to swim through the winter in very cold temperatures but the advice is to do it at least 3 times a week to avoid frostbite, and I’ve not managed that. Yet. I used to winter swim til it got down to 10’C, kitted out in a full wetsuit, boots and gloves. I swam 600m in 6’C and it took over an hour to warm up, it hurt, really hurt and it wasn’t really exercise, rather endurance.

It is a very different swim encased in neoprene, for a start you’re ridiculously buoyant. Although it lets you swim for longer and later in the season you miss the euphoria of immersion in chilly water. I could also mention in small print that wetsuits are very unforgiving. They’re designed to fit like a glove, so they notice when you’ve gained a pound, and I have no desire to don the wetsuit and not be able to do up the zip!!!!

The plan for the season is to swim at least twice a week, outside, sporting a ‘rash vest’, for as long as I’m enjoying it. The vest is meant to keep you a bit warmer and more comfortable, rather than give you a skin condition.